Massal selection and the preservation of our viticultural heritage

A “magical” variety introduced into the Bordeaux vineyards in the15th century, Petit Verdot has since been progressively abandoned by vine-growers, because it ripens late and requires a great deal of attention all through the growing season. At Chateau Pédésclaux today, this variety has a special role: depending on the vintage, it comprises between 4 and 6% of the final blend. It contributes great depth and complexity that are part of what makes our wines unique. Because of this, in 2017 we decided to instigate a massal selection of Petit Verdot, so that we could take possession of a unique inheritance while simultaneously safeguarding the genetic diversity of our historic plots of this variety. 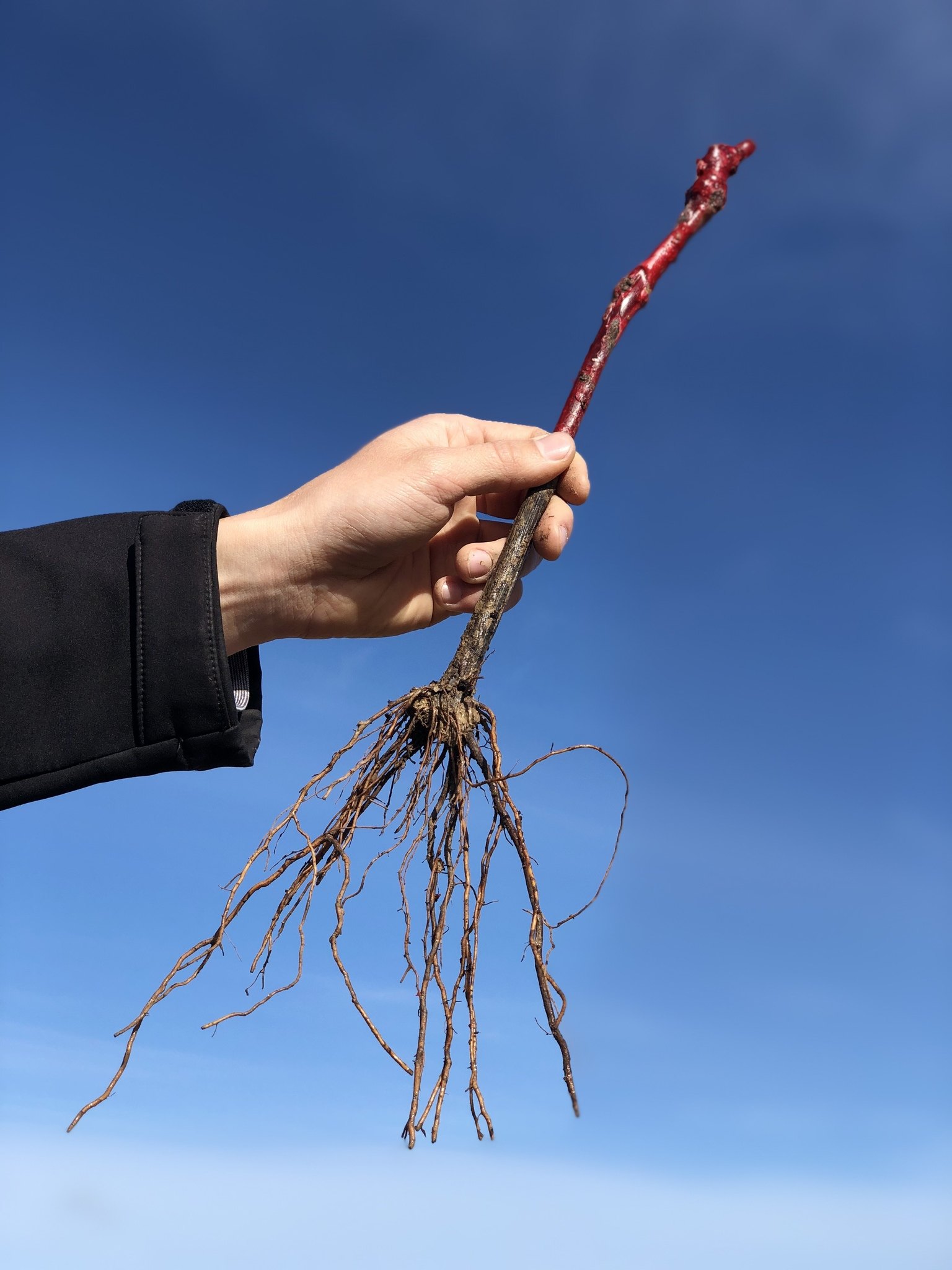 Unlike vines propagated via clonal selection, the old vine stocks, themselves the result of massal selections several generations ago, have their own unique genetic identity. Massal selection is a method that relies on analysis of the ensemble of characteristics, agricultural and oenological, of these old vines. To succeed, the old plots must be replanted with the vines that bear the best fruit, or which otherwise appear the most interesting in terms of their quality. To this end, scions are taken to be used as cuttings for grafts, in order to increase the number of these vines and replant them. 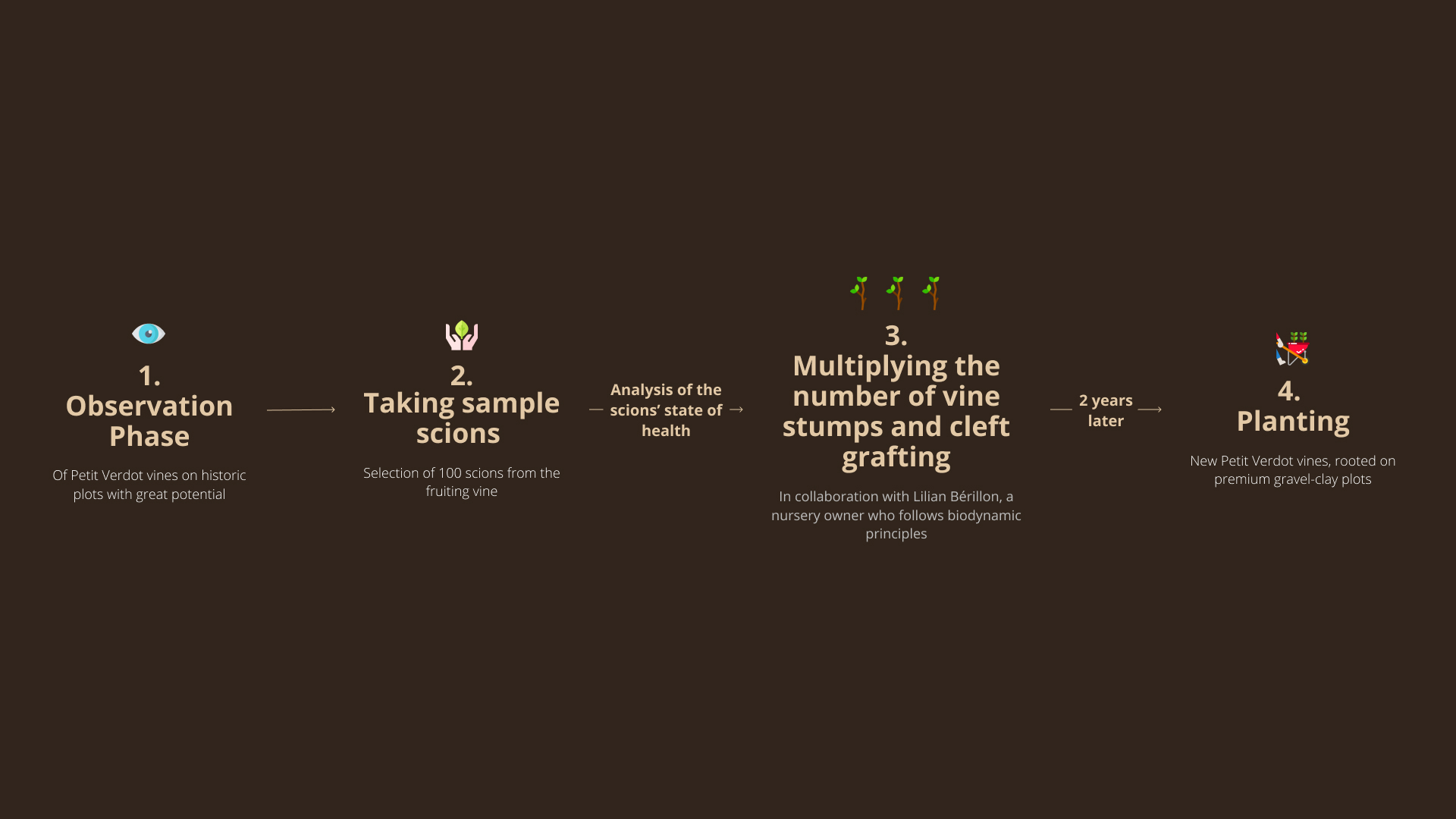 This method, which is part of our efforts to protect our viticultural heritage, enables us to generate vine seedlings that are potentially more resistant to disease but also that boost the biodiversity of the vineyard (every vine has its own genetic identity, unlike cloned vines).

In our vineyards, a new story is beginning. During the first few years following planting, we will conduct agriculturual and oenological analyses to confirm that the correct mother vines have been selected. Only in their third year will the vines begin producing grapes. Several years later, after they have had the chance to fully establish themselves, they will be able to fulfil all the promise of our massal selection. 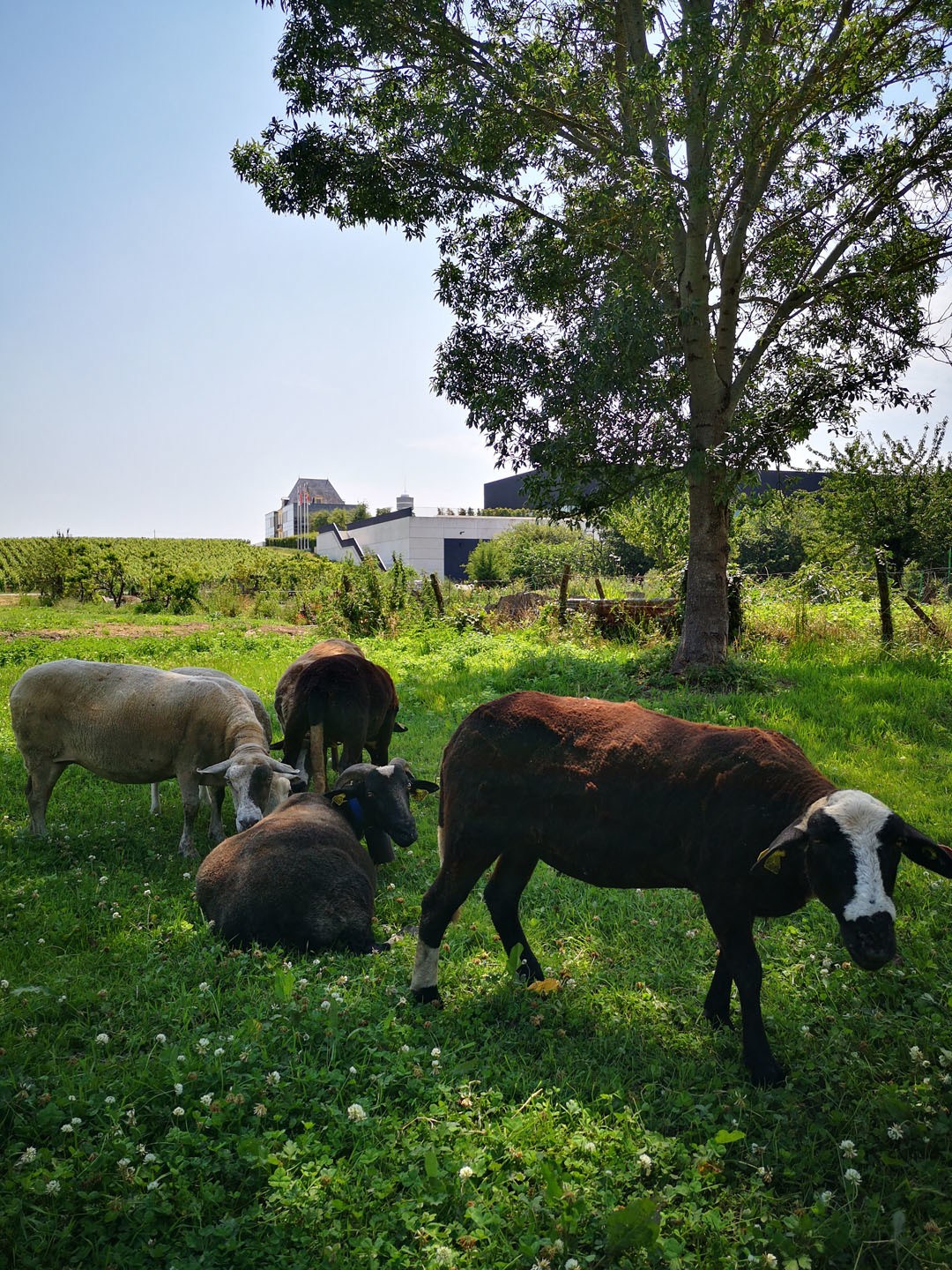 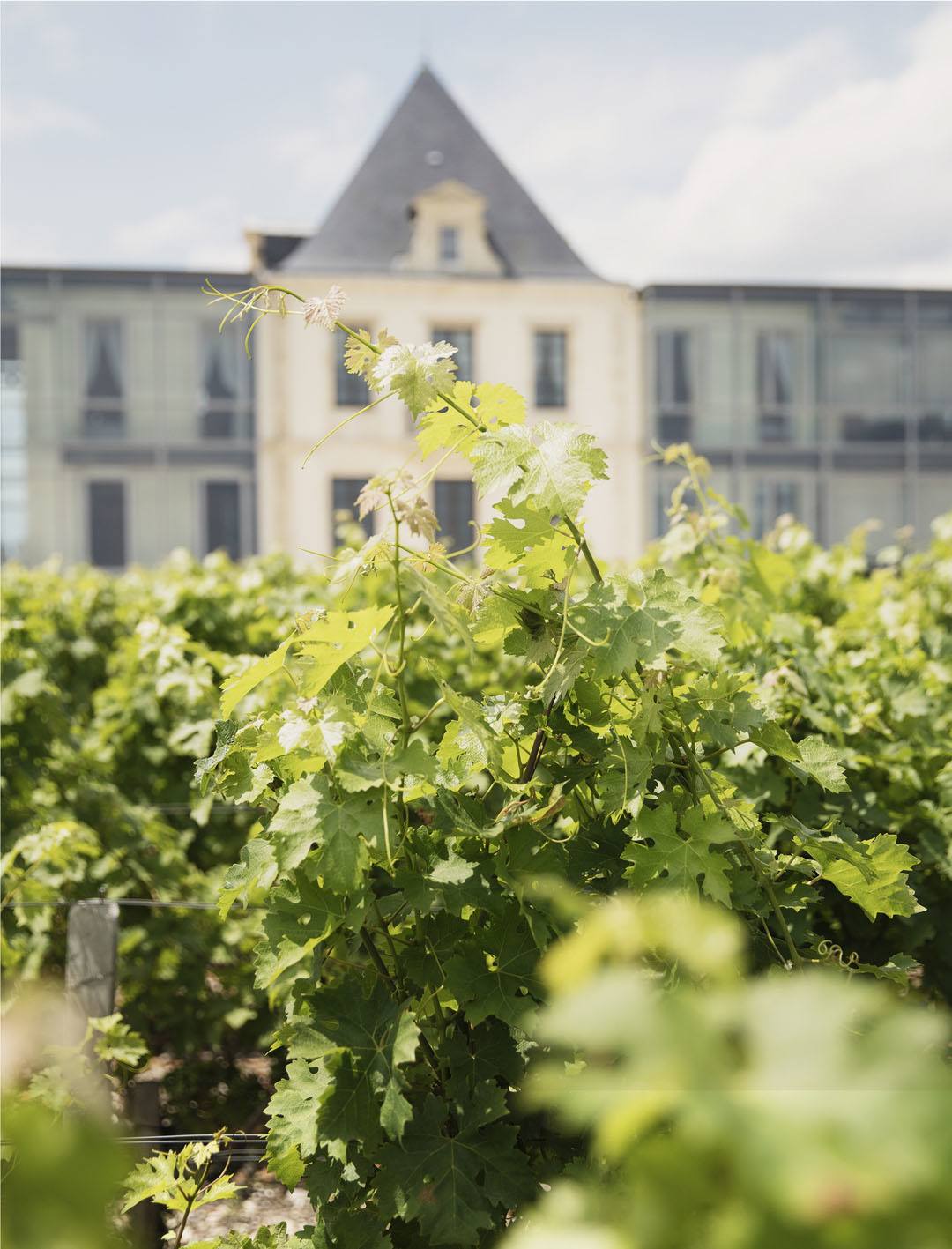 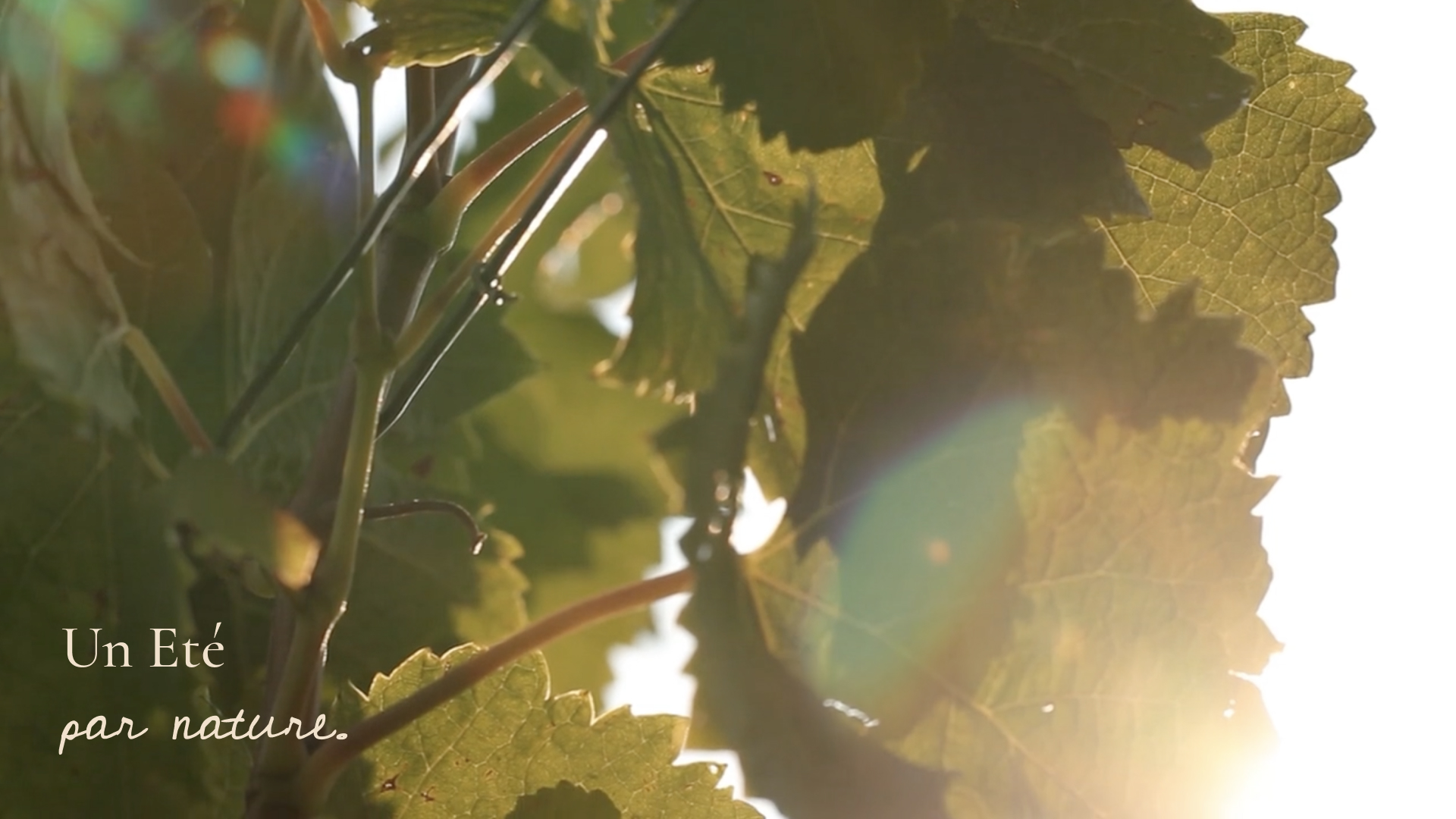