a wine of dazzling character

A season of extreme weather condition

The vintage began with the mildest winter this region has seen since 1854, but it was also the rainiest in the last 20 years. From the end of July, those rainshowers and the remarkably mild temperatures abruptly gave way to scorching heat.

The exemplary response of our terroir

The 19 terroirs of Pédesclaux were not overwhelmed by the unusual aspects of this vintage: far from it. Each revealed its individual character in magnificent fashion. Given the early, even flowering and a significant threat of mildew, this vintage of extremes was challenging for our teams. But our choice to steer the property towards organic agriculture really was decisive. It enabled us to ensure that each of our 360,000 vines would be able to flourish, particularly by encouraging the microbial life of the soils, which improved the vines’ natural hardiness.

A harvest that began under leaden skies

The grapes were encouraged towards full expression and aromatic complexity by the temperature range at the beginning of September and so the harvest began ten days early, on 14th September, and reached its conclusion on 29th September when the last Cabernet Sauvignon grapes were picked. There was scattered rainfall over the last ten days of September but this did not affect the levels of maturity and concentration in the grapes that remained to be harvested. Once indoors, the grapes were placed in the cold storage room for 24 hours before sorting, which enabled us to conduct the vinification process in a tranquil frame of mind. The teams employed all heir finely honed skill to ensure that the mouthfeel would be silky and to preserve the purity of the fruit. We also began trialling maturation in earthenware vessels, to help us give full expression to this thrilling freshness.

A wine of dazzling character

Château Pédesclaux 2020 is complex on the nose, its perfume of spice and Havana cigar enhanced by notes of white pepper. The palate is voluptuous, deliciously juicy with tremendous length and silky tannins. The base notes increase in power, buttressed by the spice. The 2020 is exceptionally refined… and entirely bewitching!

The bouquet of Fleur de Pédesclaux 2020 is fresh and fl oral, buoyed by a touch of Bourbon vanilla. On the palate, the wine starts out fresh, ethereal and exceptionally juicy, bringing to mind crushed raspberries. The finale is full of flavour and almost saline.

Please don’t hesitate to contact us by sending an email or by phone call. 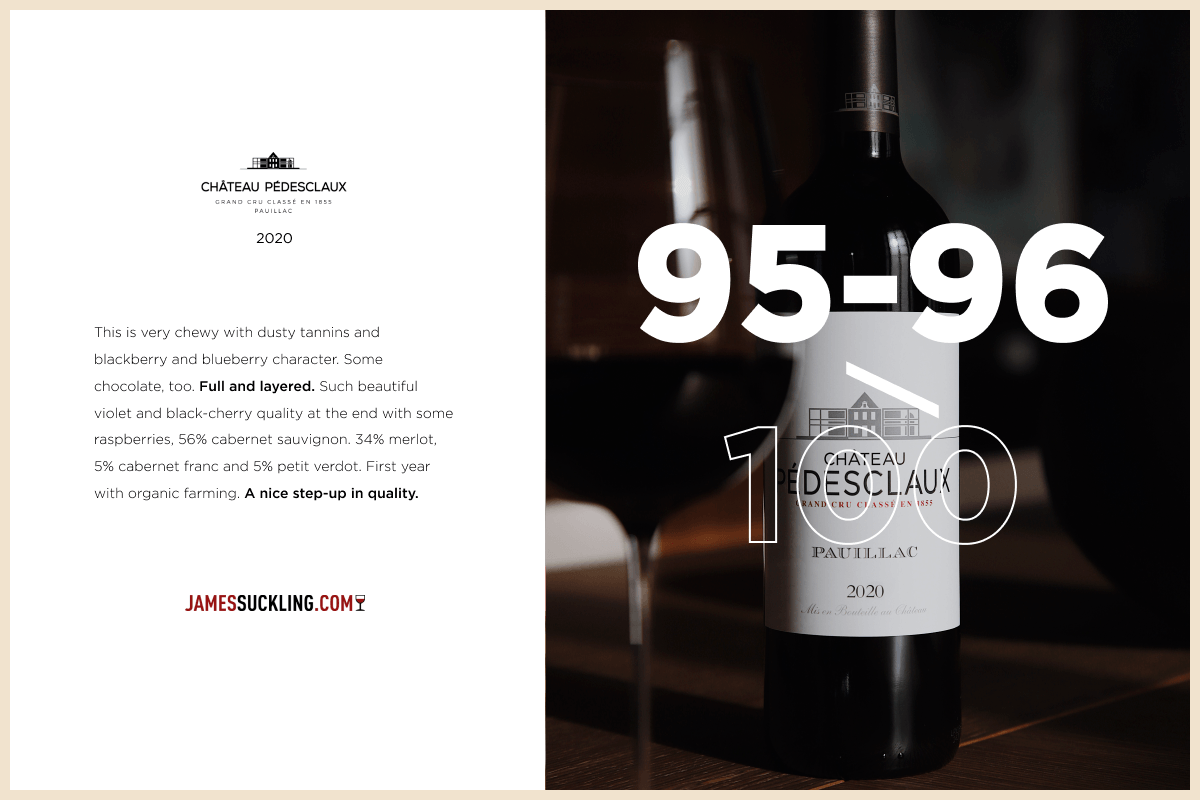 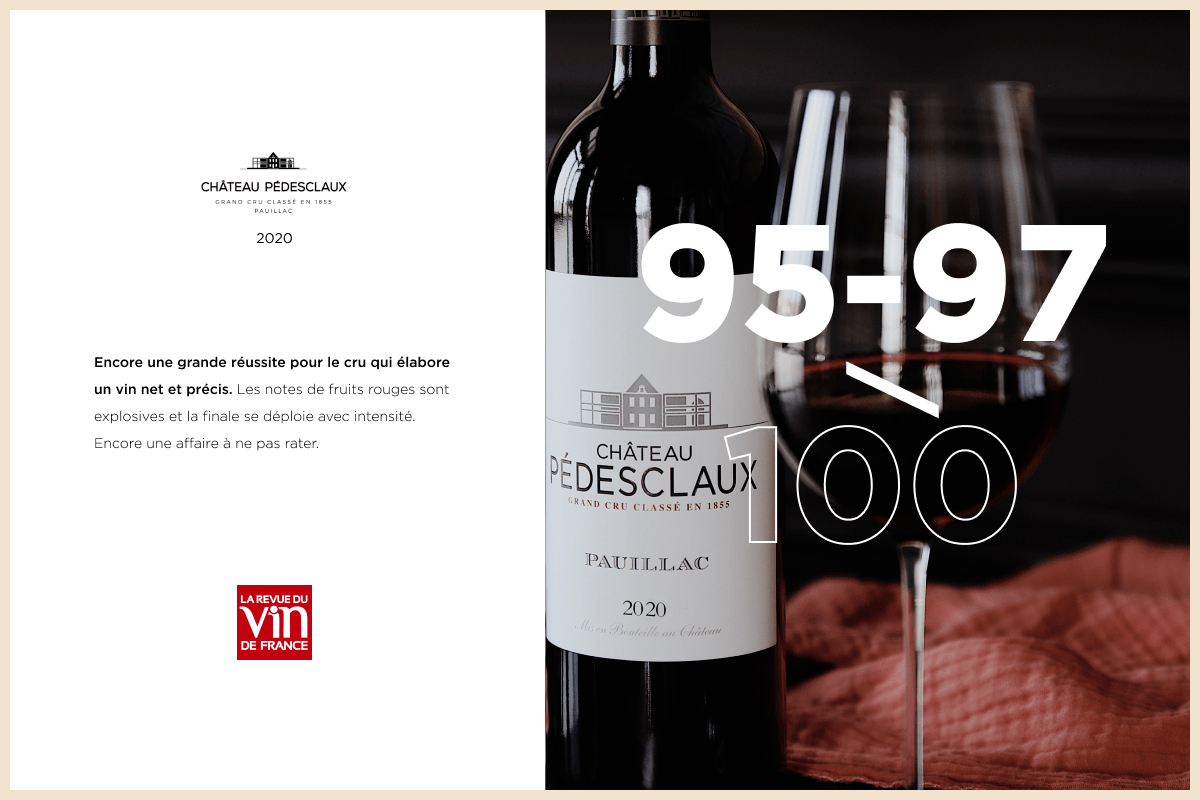 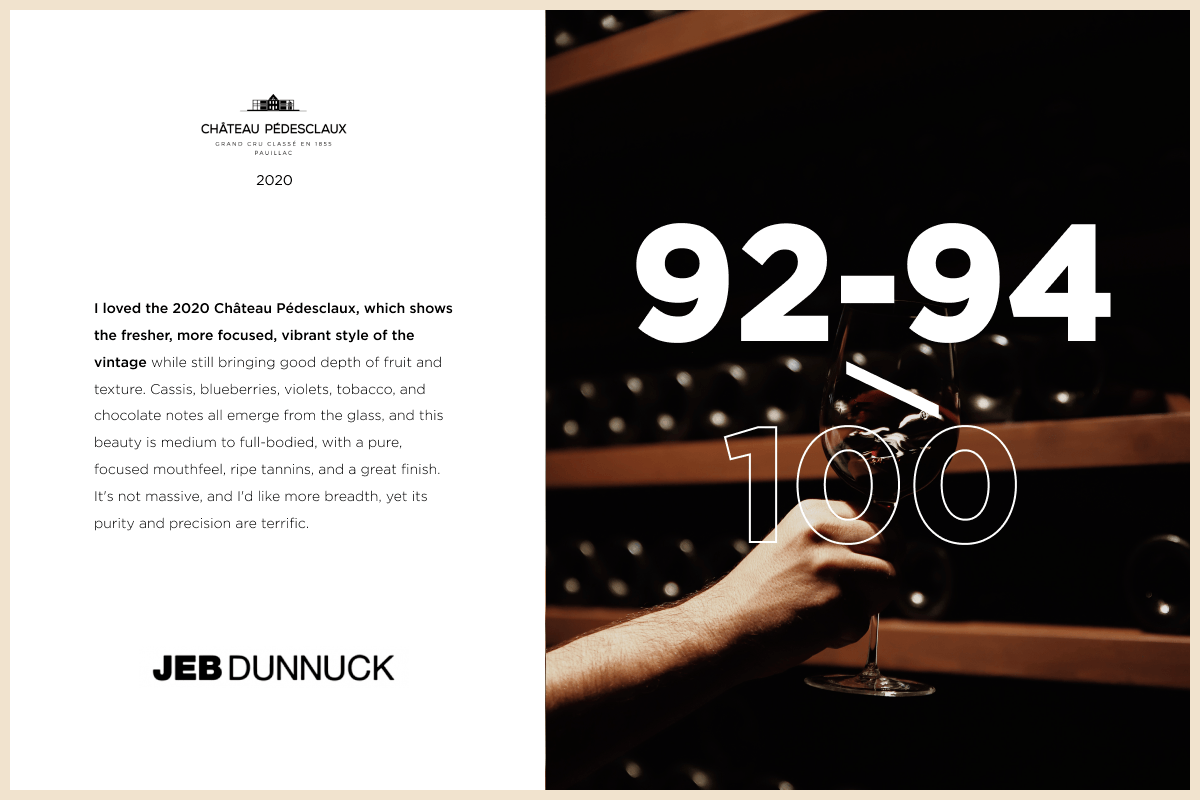 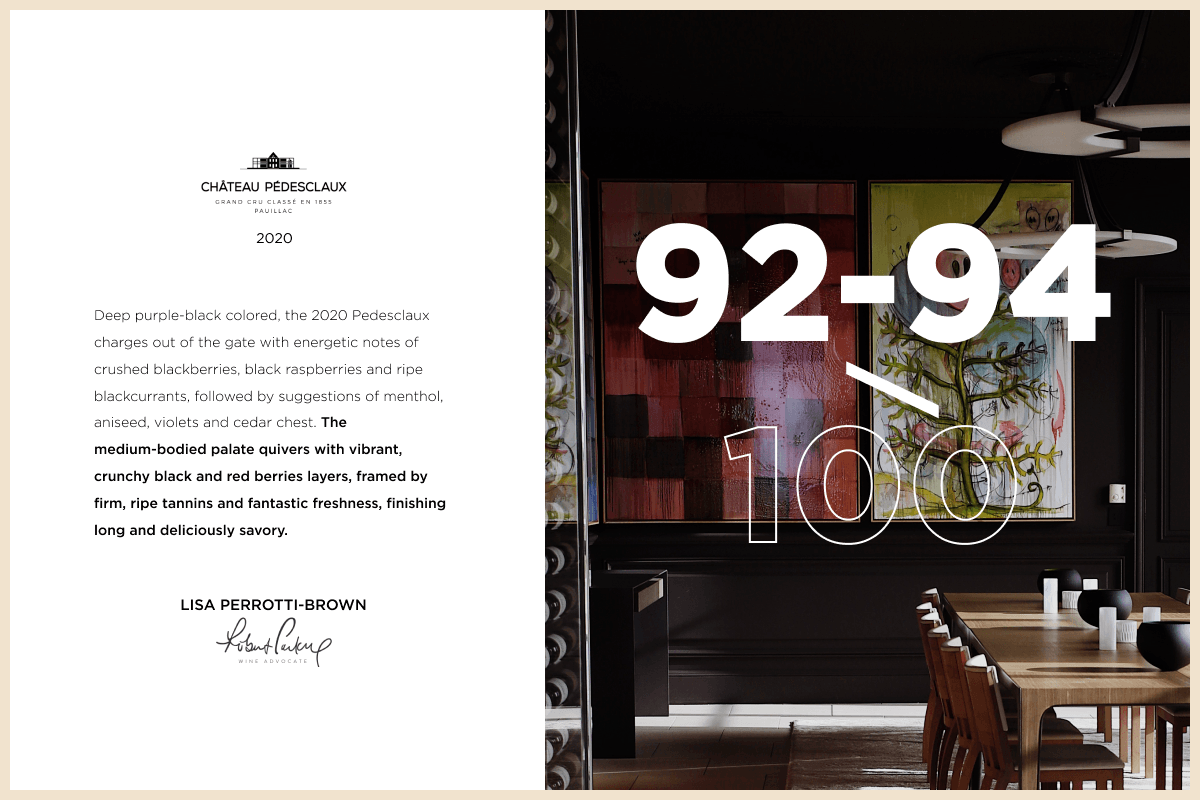 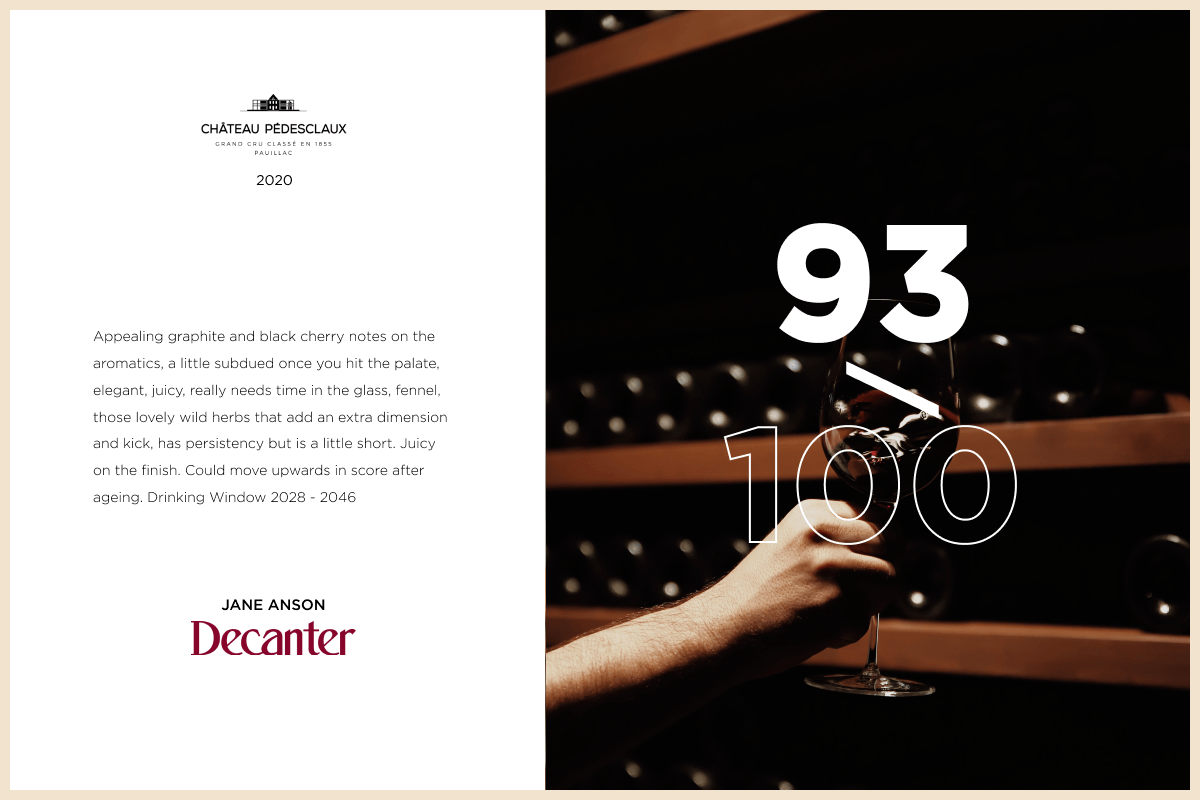 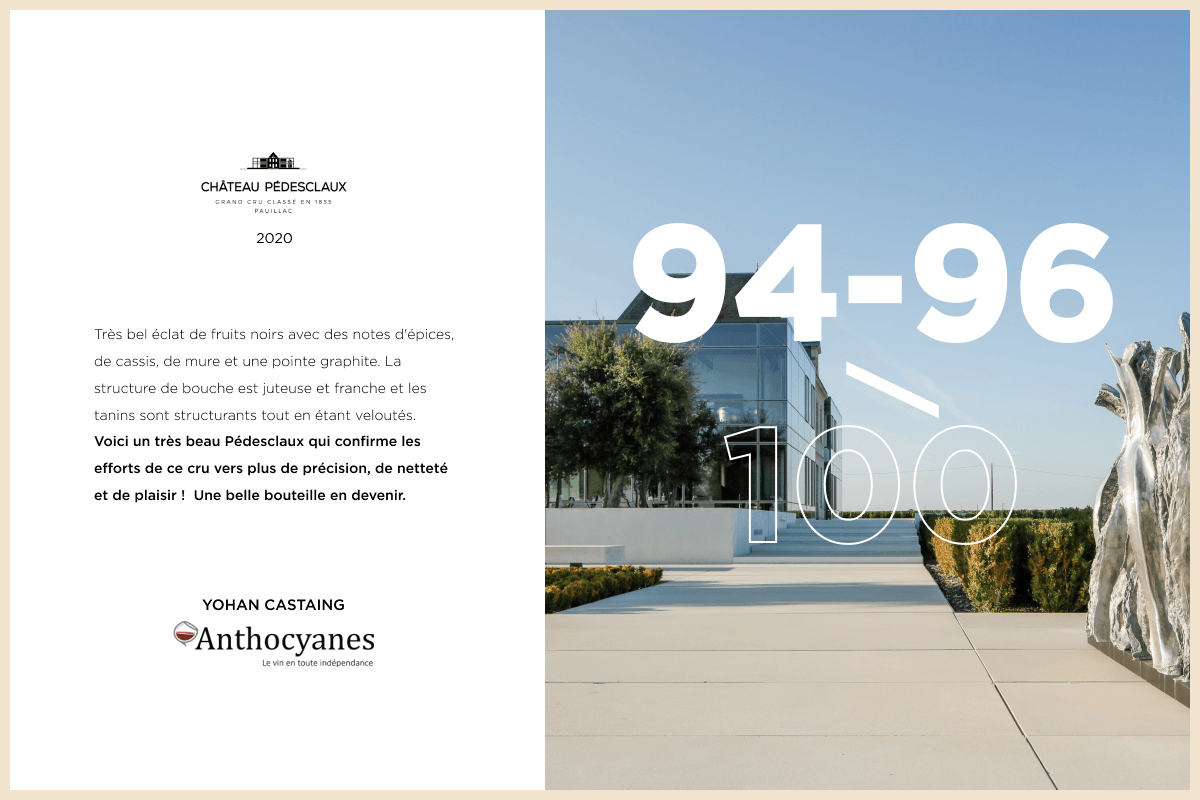 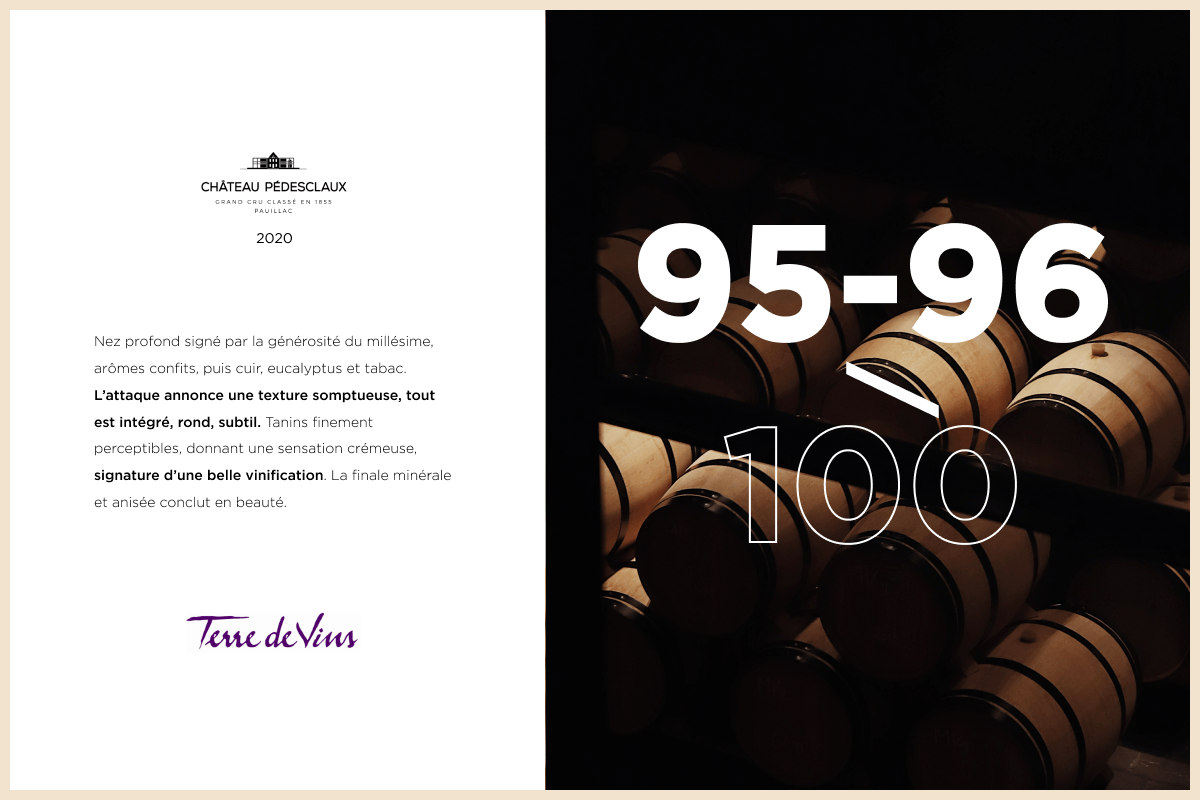 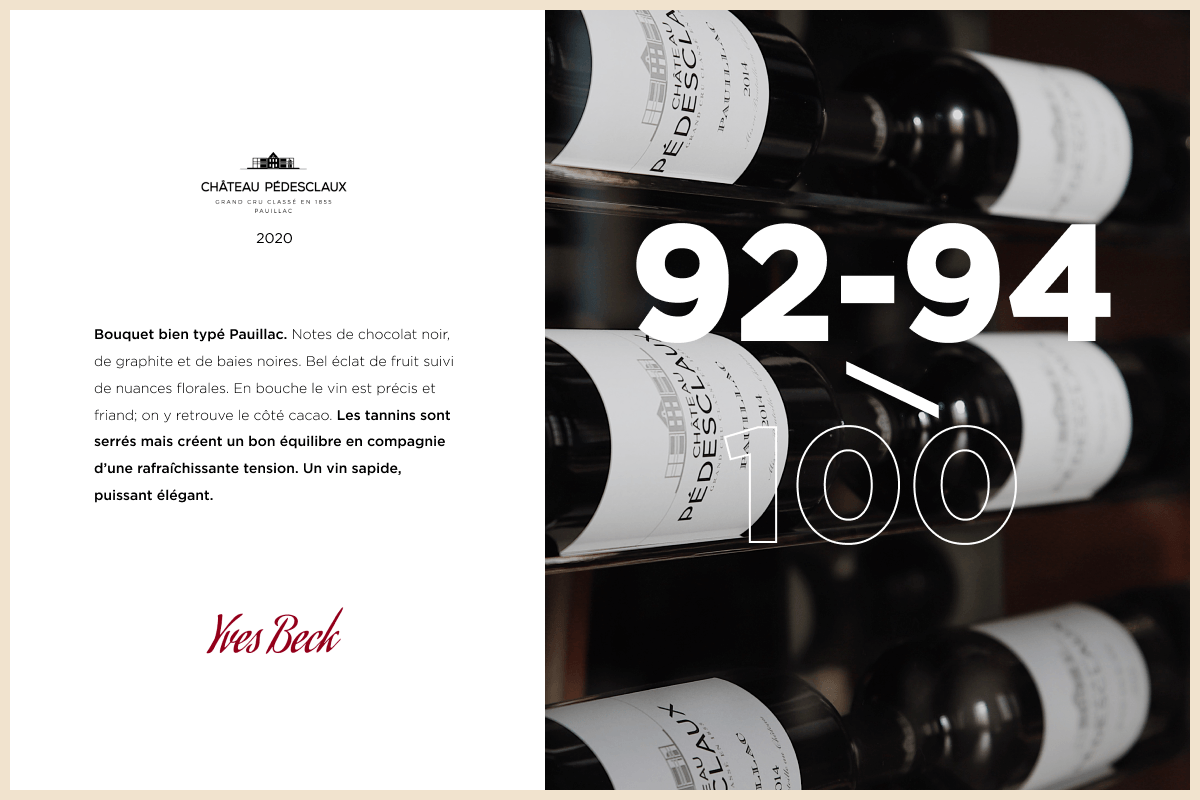 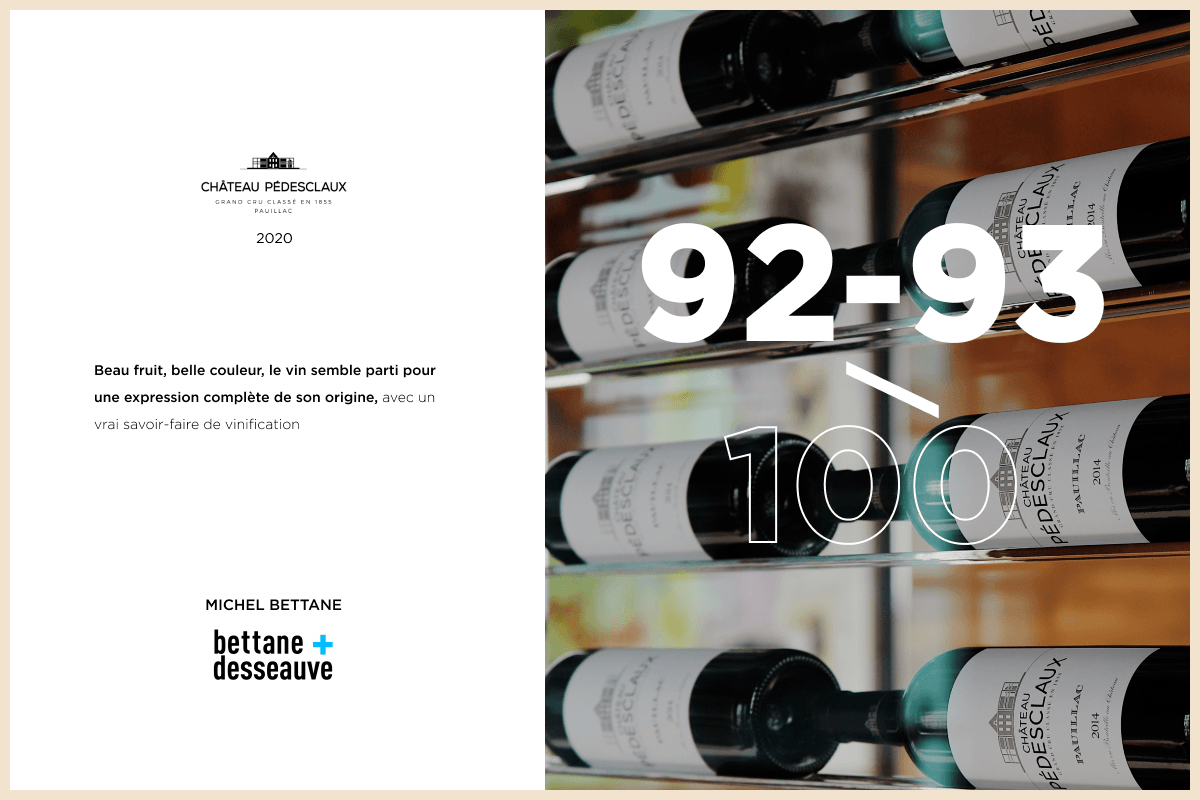 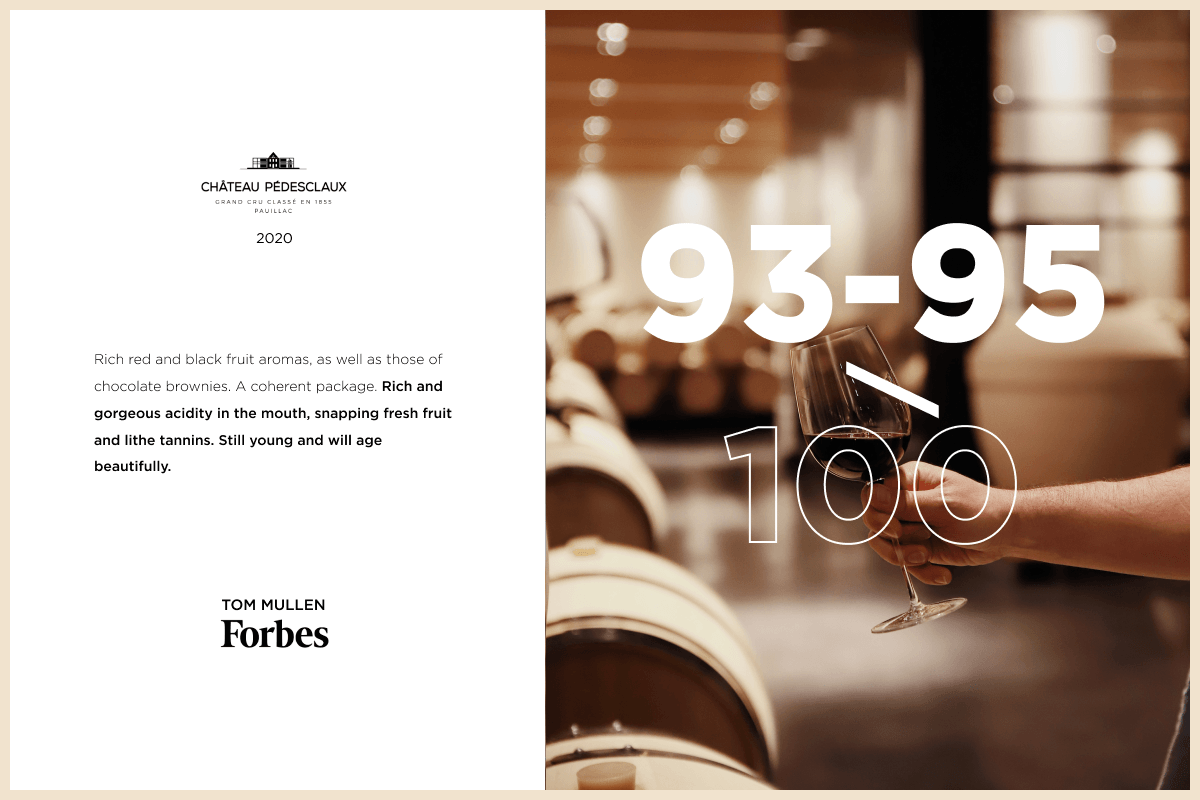 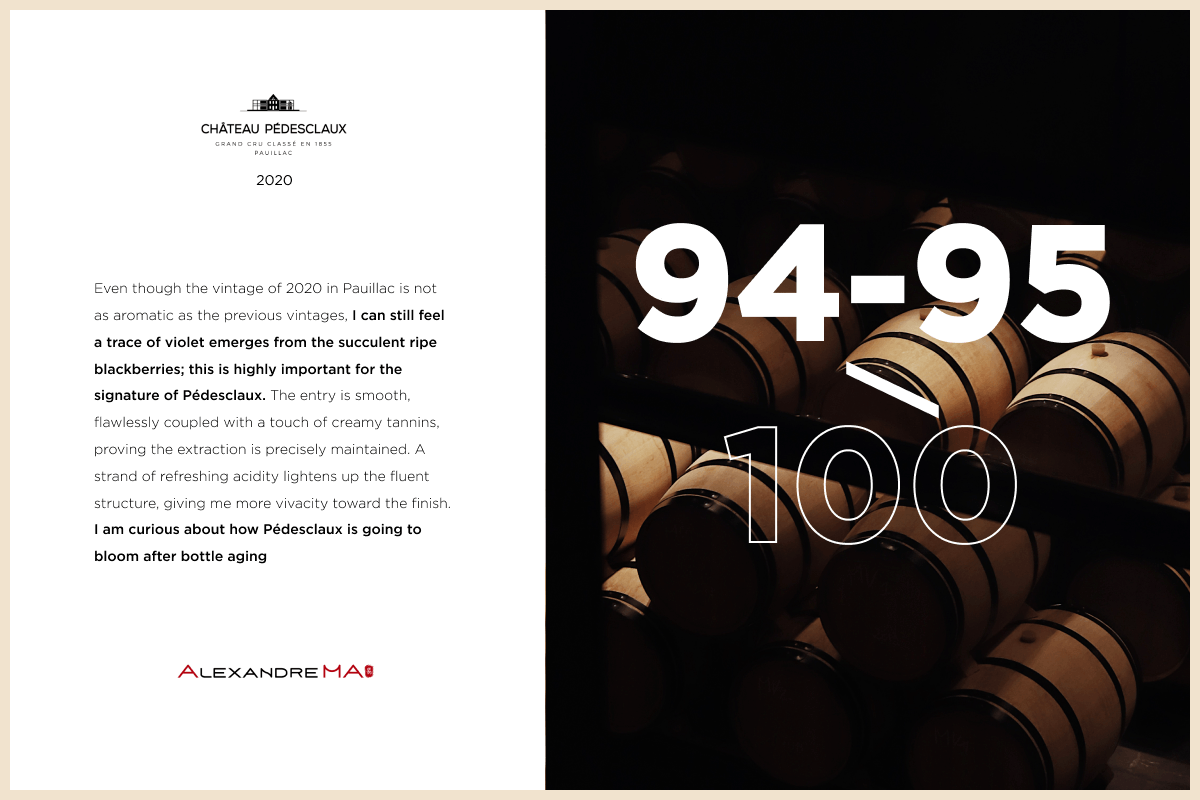 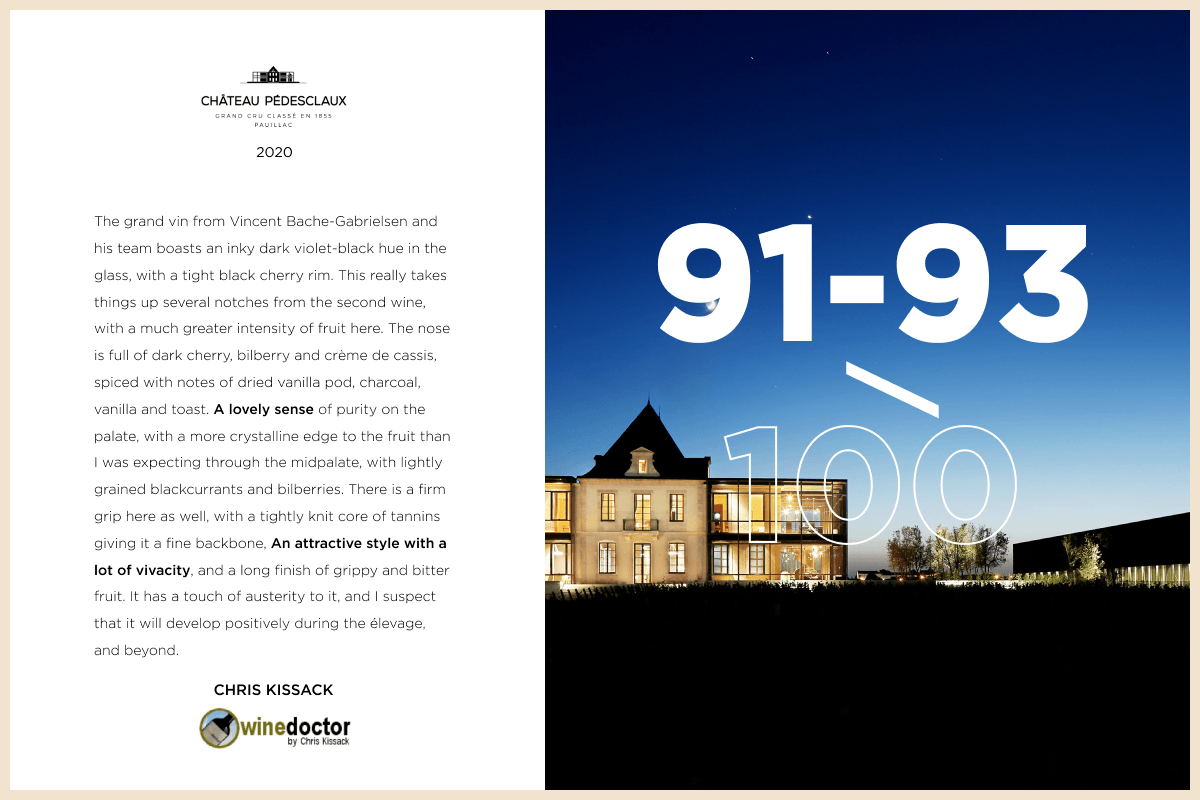 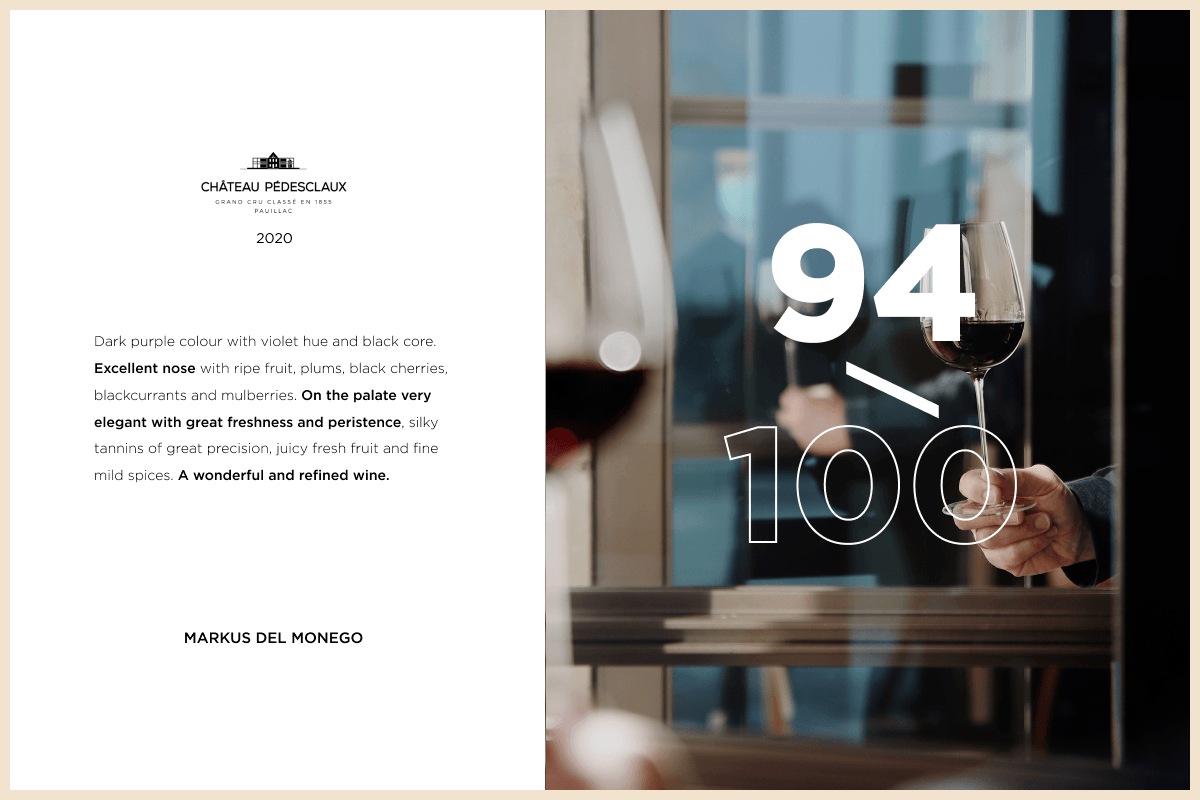 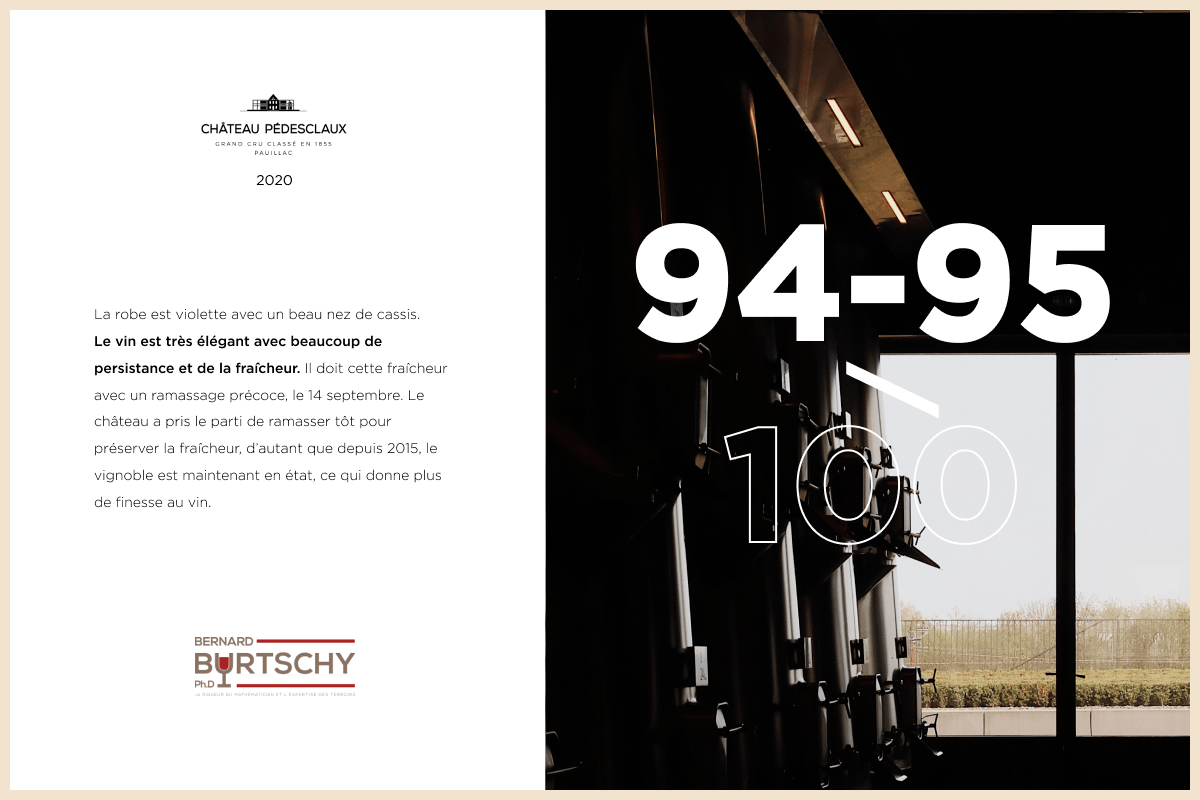 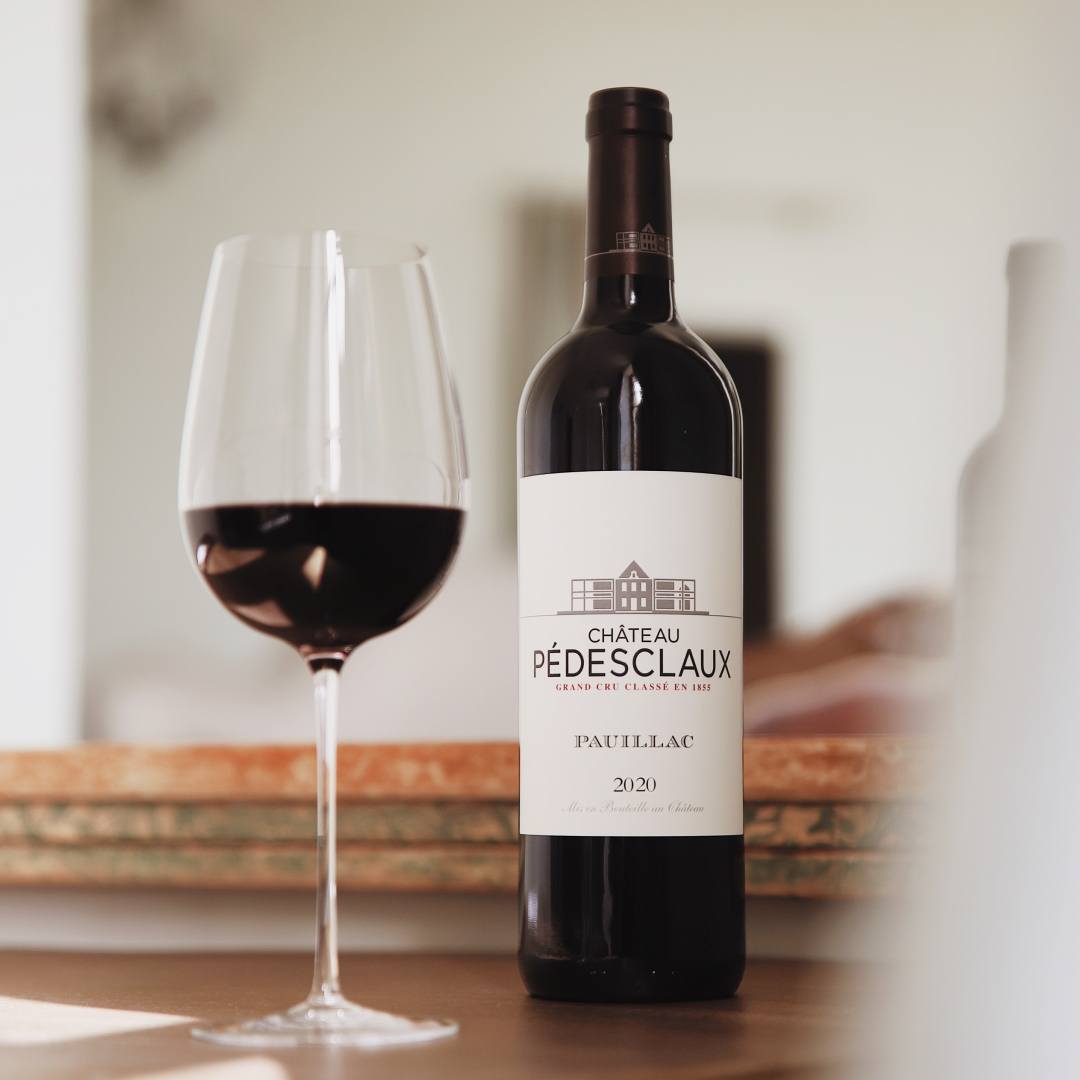 Where to find our En Primeur wines ?

Please find below a non-exhaustive list of websites offering our wines En Primeur :